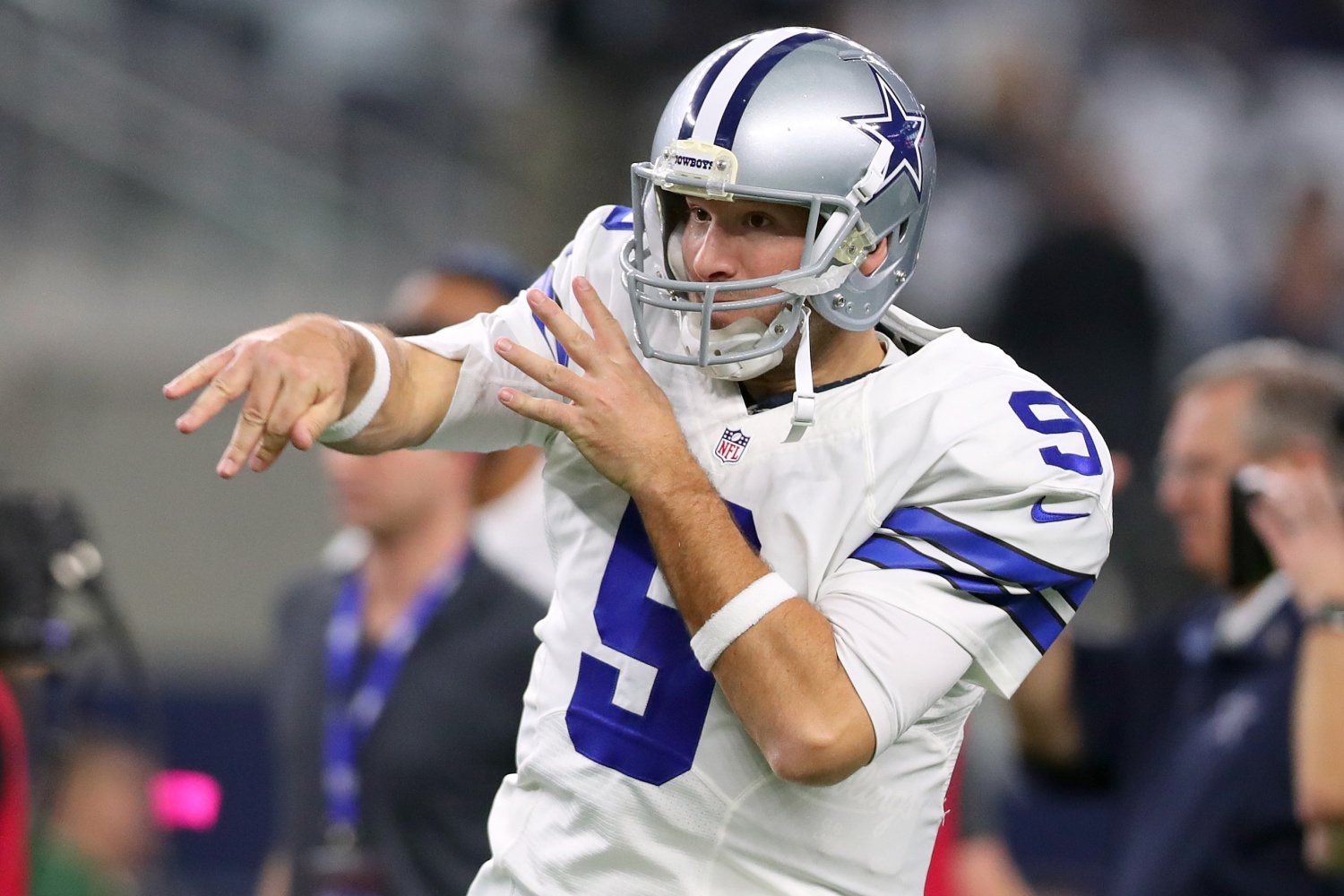 Concussion issues continue to plague Ladarius Green, leaving the Steelers with a gaping need at tight end. Bennett is outstanding in all facets of the game and would give Ben Roethlisberger the outlet missing since Heath Miller’s retirement. He also boasts incredible toughness having reportedly played a large part of this season with a cracked ankle.

It’s easy to forget just how threatening Oakland looked before Derek Carr’s injury, even with their dreadful defense. There is talent on that side of the ball, but they lack a top-level cornerback. Gilmore hits the market after arguably his poorest season in the pro ranks, but he’s shown shutdown ability in the past and would immediately upgrade the Raiders secondary.

This is the year when Green Bay must ditch their usual reluctance to spend in free-agency and add some key pieces, otherwise Aaron Rodgers’ prime will continue to be wasted. They need to recruit several corners via free-agency and the draft and Johnson, another player who will be sought-after, would be a nice starting point.

The market will be robust for Hightower should New England allow him to test the waters. Miami have vast experience of the Patriots nicking their players and it coming back to haunt them, and this provides a revenge opportunity. Signing Hightower would fill a huge need and immediately weaken their biggest rival, while adding star quality, leadership and a winning mentality to the roster.

It’s well-known around the league that brilliant Cleveland left tackle Thomas can be had for the right price. Enter Seattle, who learnt this season their ignorance of the offensive line will bite them in the bum. It needs fixing and Thomas could immediately solidify the unit and turn this team back into a legitimate Super Bowl contender. 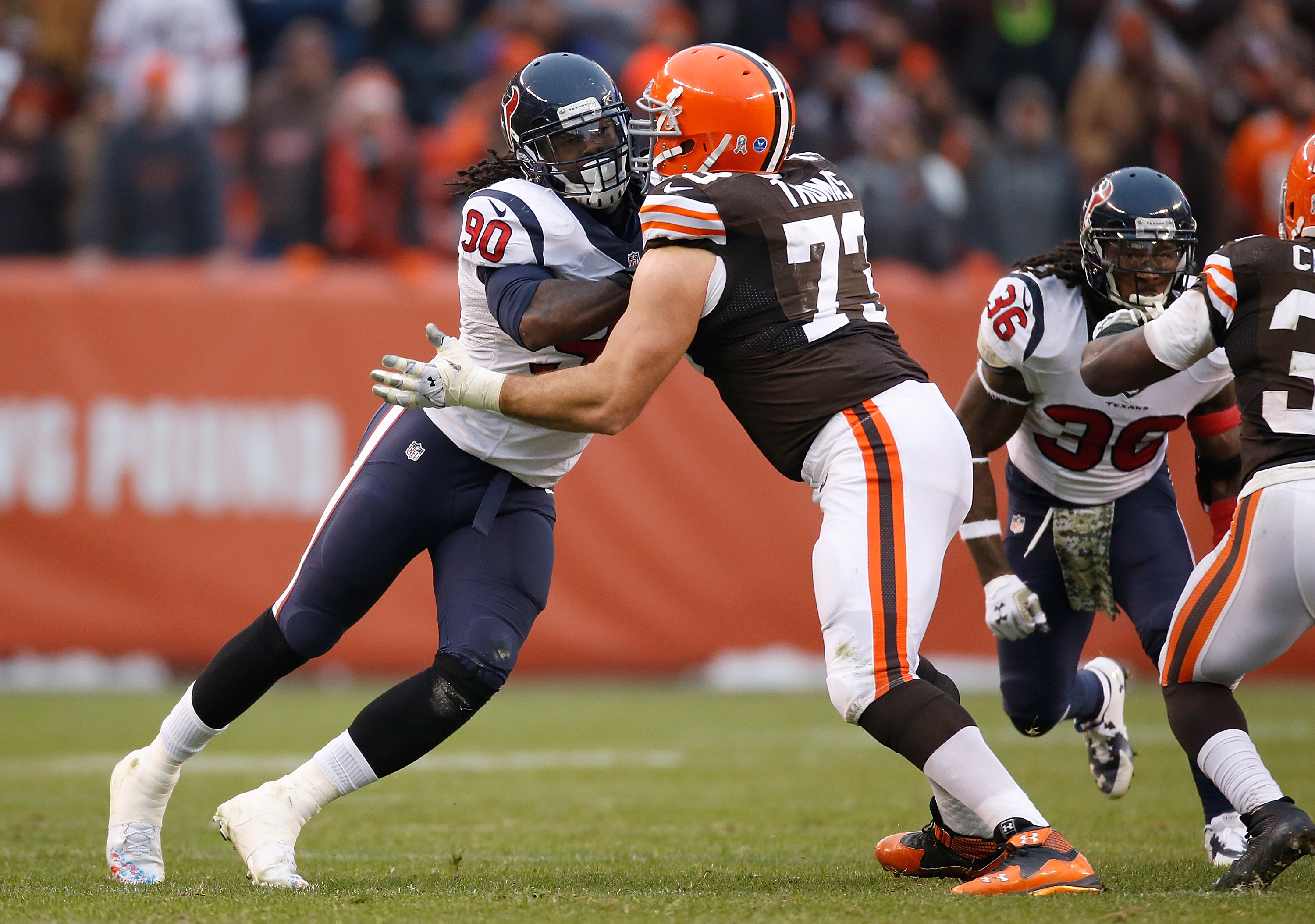 The Bears are ready to move on from Jay Cutler, while New England is unlikely to trade Garoppolo to a legitimate rival in the AFC. These teams have a good relationship, and the player would surely relish the opportunity to return to his native Illinois. He would immediately have a chance to win in Chicago, who have some nice pieces in place and a good coaching staff.

New England will likely be much- changed next year with several starters hitting free-agency, but there is also room to manoeuvre with nearly $70million in cap space. Campbell fills a huge need as an interior defender who can rush the passer, and is just the kind of experienced veteran missing a Super Bowl ring they have a history of targeting.

Although the Falcons brought more heat than anticipated on Tom Brady in Super Bowl LI, they remain in need of edge rush. Vic Beasley’s sack numbers didn’t tell the whole story for an average rusher, and Pierre-Paul is one of the best quarterback hunters to hit the market in recent years. Plus, he’s a proven winner having helped the New York Giants win Super Bowl XLVI.

New 49ers head coach Kyle Shanahan and father Mike were the reason Cousins was drafted in Washington five years ago. Their love affair with the quarterback is well- known, and it’s no surprise there are already rumours of interest should he hit the market. Cousins would give Shanahan a ready-made starter who fits his complex offense.

With the return of J.J. Watt, Houston will boast the best defense in the NFL next season. The issue is the absence of a true top-tier signal-caller. Enter Romo. He would immediately turn the Texans into a real Super Bowl favourite and revitalise their various skill- position weapons. The icing on the cake is this move allows him to remain in Texas.