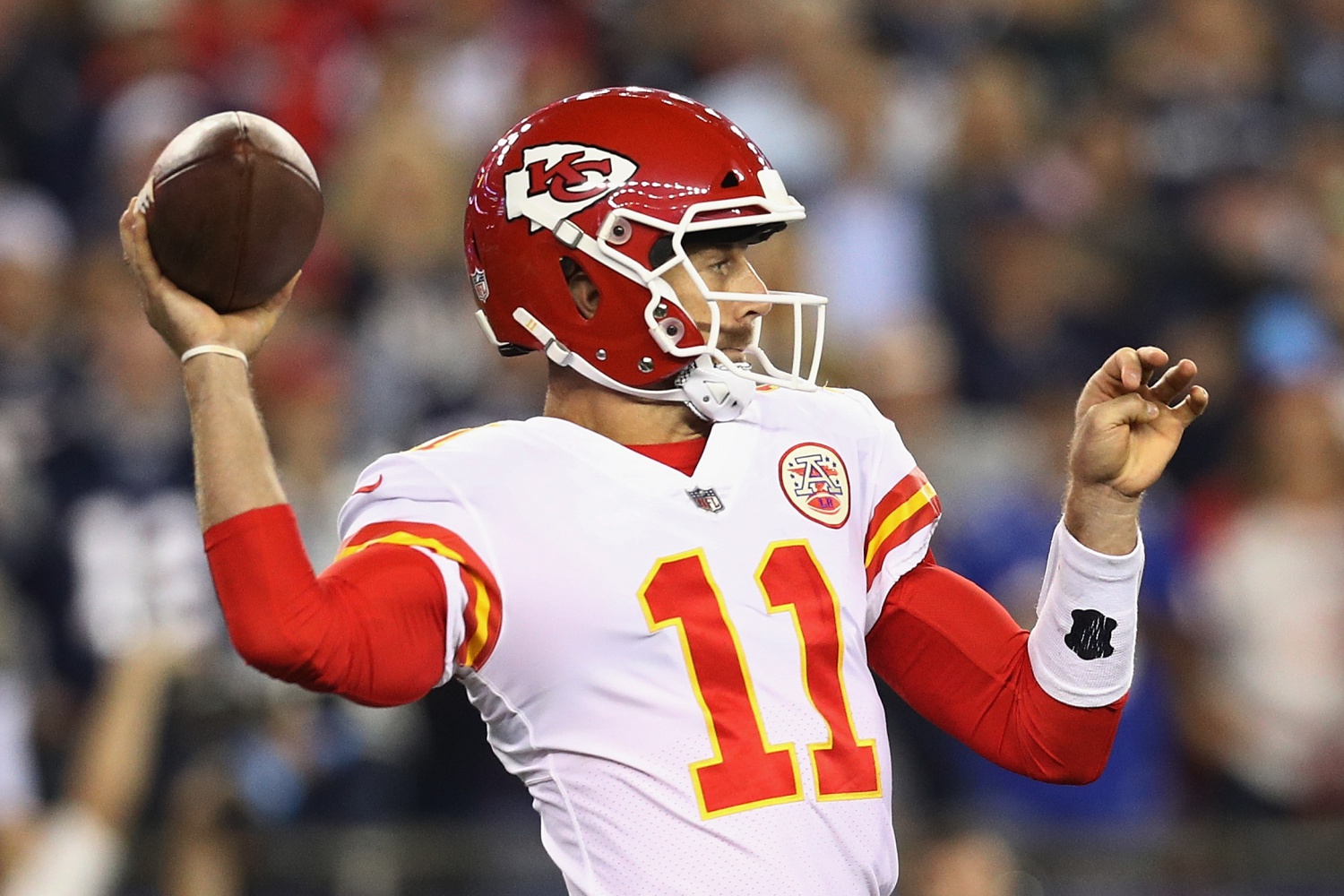 With an apology to those four teams still yet to play in Week 1, here are my award winners from the action that has taken place so far.

You’ll have to cast your mind back to Thursday night for my offensive player of Week 1 and it could very well have been Kansas City rookie running back Kareem Hunt. But I’m going to give the nod to his Chiefs teammate in quarterback Smith. In the knowledge that rookie Pat Mahomes is eyeing his job in the not-too-distant future, Smith opened up his game a little and threw for 368 yards and four touchdowns against the defending Super Bowl champions. Smith was accurate, adventurous and hugely productive in a winning outing of considerable note.

When I sat down and interviewed Campbell in Florida during the summer he talked about being a leader for the Jacksonville Jaguars on and off the field. There was no doubting that Campbell would be a positive impact in the locker room. But it soon became clear that he would be even better on the field, recording four sacks in a 29-7 beatdown of the Houston Texans. As the Jags look to take the load off quarterback Blake Bortles, defensive displays like the one put forth by Campbell and his buddies on that side of the ball will help enormously.

Subbing for the injured Sebastian Janikowski, the pride of Italy (that is not an official nickname at this stage of his young career) made an historic start to life in the NFL. Tavecchio became the first rookie kicker in NFL history to nail two 50-yard field goals in his first game. With the Raiders already putting the squeeze on Janikowski to take less money, we may have seen the ushering in of a new dawn for the Silver and Black. 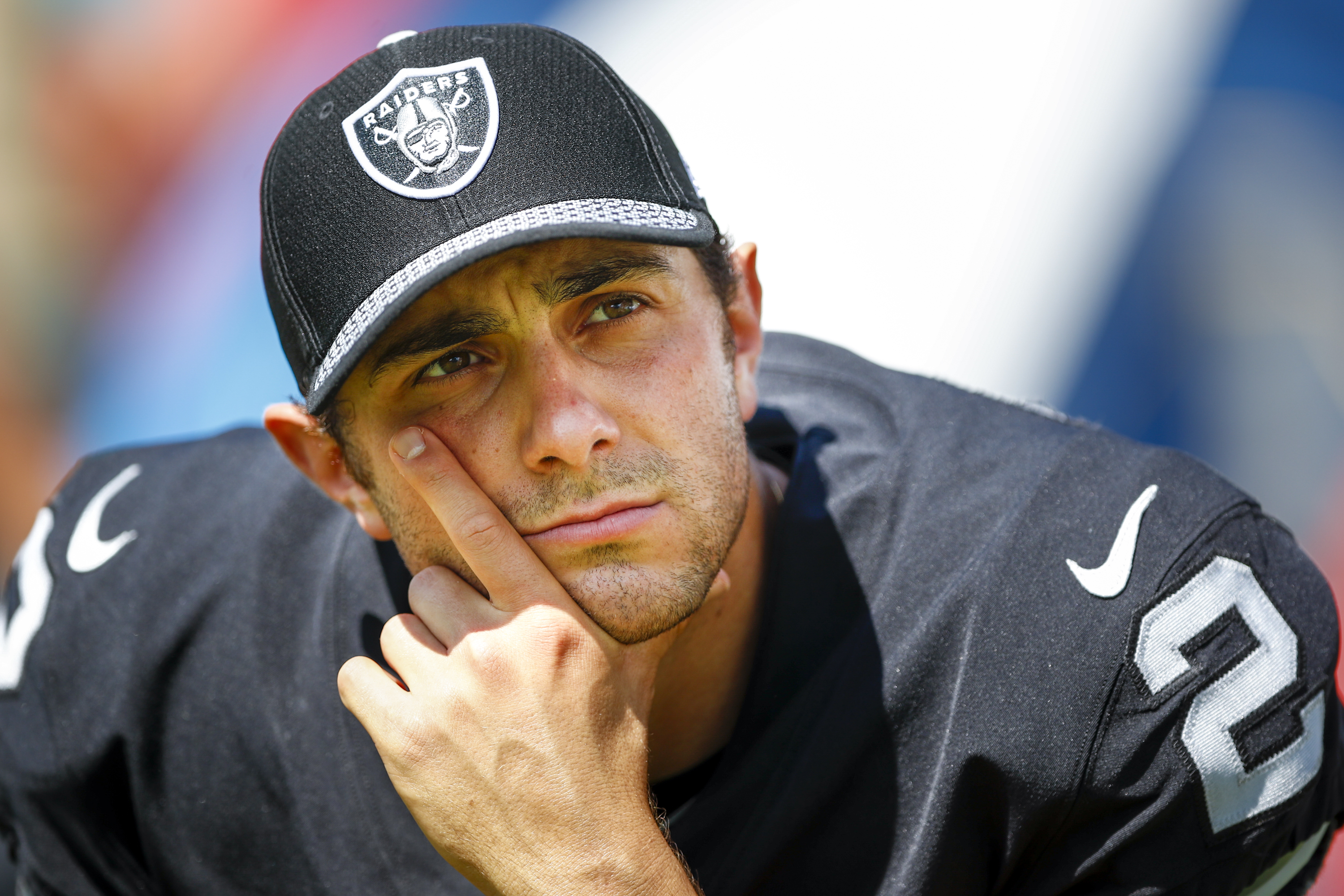 Before I get to McVay, let’s give an assist to his defensive coordinator Wade Phillips, whose unit simply had its way with Scott Tolzien and the Indianapolis Colts en route to a 46-9 Los Angeles Rams win. Wade’s unit held the Colts to just 225 total yards and forced Indy to go 0 for 10 on third down in the most one-sided game of Week 1. McVay promised to get the best out of his young offensive stars and made positive steps in that regard – quarterback Jared Goff hit on 21 of 29 passes for 306 yards, one touchdown and no interceptions, while Todd Gurley gained a respectable 96 yards rushing and receiving and scored a touchdown. More importantly, the Rams seemed to play with a passion and level of execution that was missing a year ago.

You could pick any of the Colts and it is going to be a long season in Indianapolis. You could also point a big finger of blame at a Houston offensive line which gave up 10 sacks. And how about the offensive futility of the New York Giants on Sunday Night Football? But I’m going with Andy Dalton, because his failings came in a division game and in front of his own fans during a 20-0 loss to Baltimore. Dalton went 16 of 31 for just 170 yards, no touchdowns and four interceptions. He also lost a fumble when it looked like the Bengals were finally going to get on the board and score some points. Granted, it was against a super-tough Baltimore defense that is going to be worth monitoring in 2017, but that is still a very poor outing for Dalton and his Bengals teammates.