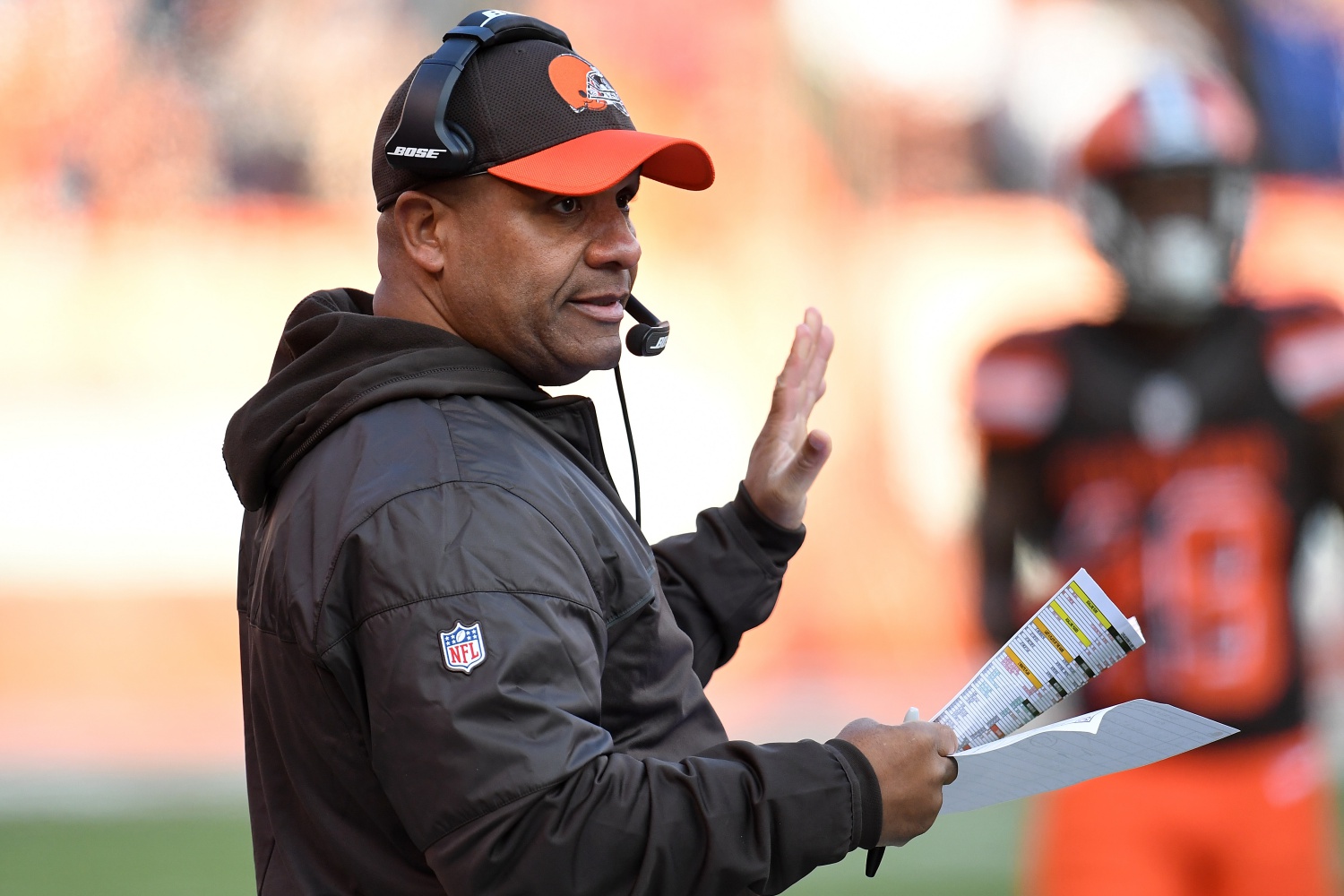 Cleveland Browns head coach Hue Jackson is expecting his 2017 team to be much better than the squad that won just a single game a year ago.

The Browns have continued their patient rebuild over the offseason, culminating in some rare optimism that there could soon be a rare ray of light in the Dawg Pound.

“We’re building now. We’ve crossed over that point of where we were a year ago. There is more talent on our football team and our executive staff have done a good job of positioning us for the future.”

Jackson cut an emotional figure in 2016 as his Browns fell short in several close games before finally picking up their lone win against the San Diego Chargers on Christmas Eve.

“Last year was tough,” Jackson admitted. “It’s always tough when you lose – I don’t know of any head coach in the National Football League who would be happy with losing. But to go through what we went through and where we’re heading now, it was well worth it.”

While the Browns have improved on the offensive line and on defense, questions still surround the quarterback position with Cody Kessler, Brock Osweiler and rookie DeShone Kizer fighting for the job.

“That is one of the most important pieces to the equation,” Jackson stated. “We have to solidify that position and we have some candidates here that we feel really good about.”