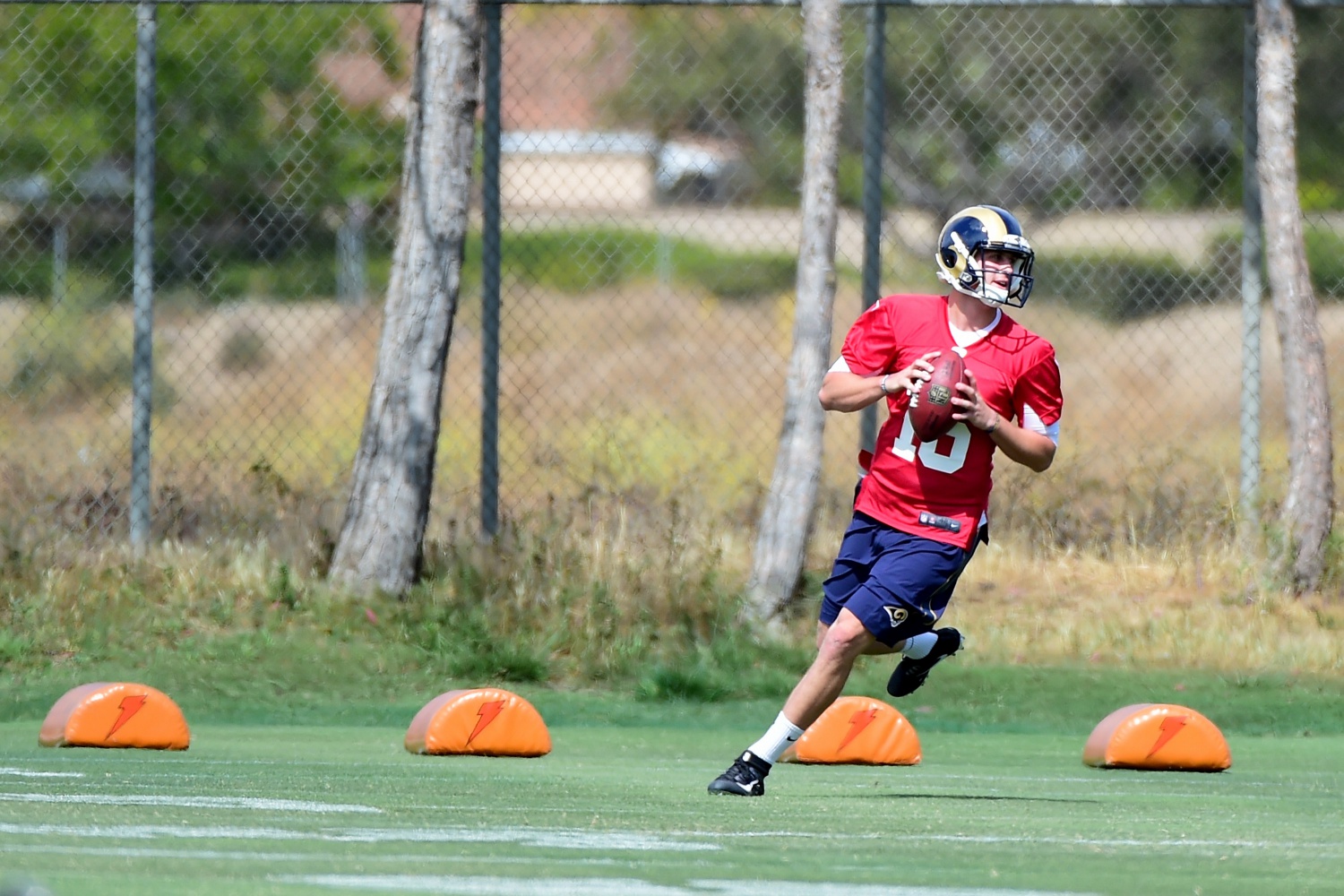 New Los Angeles Rams head coach Sean McVay has yet to work with quarterback Jared Goff in a game situation but likes the make-up of his second-year passer.

Goff kicked his heels on the bench for the first nine games in 2016 after being the first overall choice in the NFL Draft and, w he did get into the line-up, the California product lost his first seven contests and is still awaiting his inaugural victory as a starter.

But McVay likes what he sees in Goff as he told The Reynolds Report: “When I interviewed for the job, I got to spend some time with him and what I really liked is that he wasn’t fazed by some of the things that didn’t go his way last year.

“He is motivated in the right way to respond and when you have a quarterback who has that mental toughness, you feel really good about your chances of him succeeding in the long haul.”

While McVay likes what Goff has in his locker, both mentally and physically, he is not about to declare his young passer to be the finished article. In fact, the coach will be monitoring the quarterback closely all season long.

“That is something that is a constant evaluation,” McVay stressed. “We’re excited about what we’ve seen from him and he did some good things at times. Our job, as a coaching staff, is to get him to do that consistently because it’s in him and he is intrinsically motivated.”